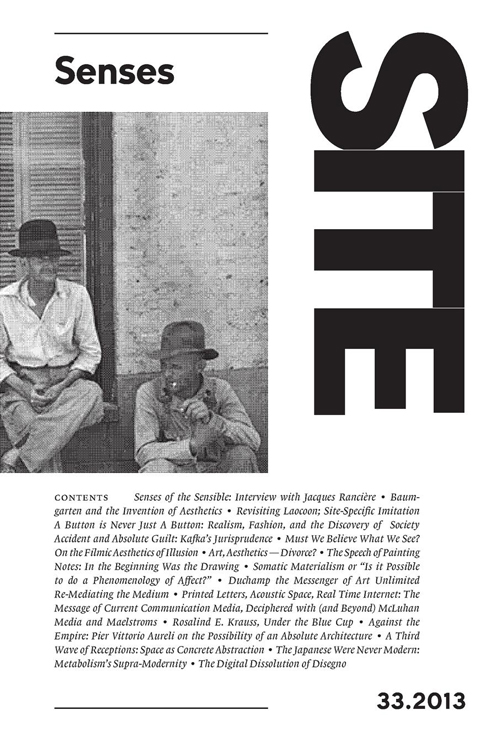 Publisher and Editor in Chief

Text proposals to be sent to info@sitemagazine.net

SITE is a journal for contemporary art, architecture, cinema, and philosophy. When the journal began six years ago, we attempted to set ourselves a series of goals, or at least to circumscribe a certain terrain. Because of the plurality of interests among the editors—artists, curators, film theorists, architects, philosopher, art critics—this proved to be a difficult if not impossible task, and instead of operating with definitions that in the end do not define anything, we attempted to do the opposite: to remain as long as possible in an indeterminate state.